Message Sent
Thank you for your inquiry. We will respond to you as soon as possible.

Keep us thriving with your gift, take advantage of numerous tax and financial benefits and leave a legacy to be remembered by future generations.

You may be looking for a way to make a significant gift to help further our mission. A bequest is a gift made through your will or trust. It is one of the most popular and flexible ways that you can support our cause. More

You are at: Planned Giving > For Advisors > Washington News 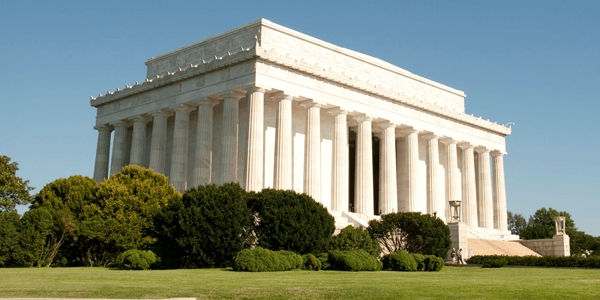 With the reduced number of infections and better news for the COVID–19 pandemic, millions of Americans are returning to work. Many parents are making arrangements for childcare. The American Rescue Plan Act (ARPA) includes several benefits that will help parents as they return to work.

With the 50% credit and higher limits, the 2021 credit for one child is $4,000 and $8,000 for two or more dependents. The IRS cautions that the credit does not apply if the employer pays for care or if care is provided through a flexible spending account.

For the first time, the child and dependent care credit is fully refundable. Even if the family does not owe federal income tax, they may file a tax return and claim the $4,000 credit for one dependent or $8,000 for two or more dependents.

2. Dependent Care Flexible Spending Account (FSA) — Some employers maintain a flexible spending account for dependent care. In 2020, employees were permitted to set aside $5,000 for care of children. ARPA increases this amount for 2021 to $10,500. An employer must modify the plan to recognize the higher limits.

3. Earned Income Tax Credit (EITC) — The EITC is a refundable tax benefit that assists moderate–income workers and families. A larger credit is now available for workers who are at least 19 years of age, even if they do not have dependents. The maximum EITC increases for workers without dependents from $538 in 2020 to $1,502 in 2021. Full-time students under age 24 do not qualify for the EITC. However, it is available in 2021 to seniors over age 64.

5. Advance Child Tax Credit Payments — From July through December 2021, the IRS will advance up to half of the child tax credit. Advance payments will be based on your 2020 tax return. If there is no 2020 tax return, the IRS may use the 2019 return.


The House Ways and Means Select Revenue Measures Subcommittee held a hearing on May 12. Former Joint Committee on Taxation Chief of Staff, Harry L. Gutman, testified in favor of the bill to repeal Section 1014 stepped–up basis.

Gutman advocates a repeal of the step-up in basis, which would make most transfers, whether during life or at death, tax realization events. He notes there is a large disparity in the concentration of wealth. He stated, "This disparity is in large measure attributable to the failure to tax capital income, which constitutes a significant portion of the economic income of this population cohort, in a manner similar to labor income."

In his view, the repeal would address the inequity created by the increase in the estate exemptions to $11.7 million in 2021. Because only 0.1% of decedents pay estate tax, the vast majority of capital gains that is stepped up at death will never be taxed.

He notes that capital gains are recognized by many middle- and upper-income taxpayers, but the "super–rich" often hold assets until death and avoid any taxation.

The current situation violates a tax policy goal of horizontal equity. The super–rich person with highly appreciated assets pays a much lower tax rate than individuals in the middle- and upper-income brackets.

Gutman addressed the major objections to repeal of the stepped-up basis. He acknowledges that there could be a forced sale of assets to pay the tax. He suggests that the solution is to treat marketable assets as a tax recognition event, while deferring the gain on nonmarketable assets.

Under the Gutman proposal, lifetime transfers and transfers at death will be income tax realization events. While the recognized gain would be limited to marketable assets, when the recipient of a nonmarketable property transfers it through sale or gift, that would be a recognition event.

There would be various exceptions. There would need to be a deferral of the tax for a marital transfer. Charitable transfers would be excluded from tax recognition. Life insurance would continue to be received without taxation. The income in respect of a decedent rules would continue to apply and require taxation upon receipt of income.

There would be a basic exclusion and potentially specific additional exclusions for some types of property. If the step-up in basis at death is eliminated, there would also be a taxable event for gift transfers during life.

Gutman concluded, "The time to repeal Section 1014 is well overdue. Replacement with a regime such as I have suggested would enhance horizontal equity, economic efficiency and revenue. Most importantly, at a time when income inequality is growing to what many consider unacceptable levels, the proposal directly addresses what is perhaps the most glaring loophole in the income tax — the complete exemption of the bulk of the wealth accumulation of the super–rich from income tax."

Editor's Note: There will be extensive debate over this provision. The prior efforts to repeal the step-up in basis have all failed. However, there is serious discussion of the concept. Because Congress in future years will be facing a pressing need to raise additional taxes, this is a possible option for a future tax bill. Your editor takes no specific position on this proposal. This information is offered as an educational service to our readers.

Decedent Clara M. Morrissette was a resident of Virginia. She married Arthur E. Morrissette in 1933. He founded Interstate Group Holdings, Inc. The moving and storage business was run by Mr. Morrissette and three sons.

He considered selling the business in the 1980s, but decided not to sell. Their three sons had substantial levels of conflict. However, at his death all three were employed by the business. Two grandsons, Bud and J.D., also worked for the business.

Mrs. Morrissette died on September 25, 2009. Her son Buddy had cancer at that time and passed away in 2016. His voting stock passed to AEM grandchild sub-trusts. The dynasty trusts of his two brothers received $19.5 million in death benefits from the policies on Buddy's life.

The estate tax return was filed with a claimed valuation of $7,479,000 on the split-dollar rights. The IRS audited the estate and assessed a deficiency of over $39 million. The IRS also claimed a 40% valuation misstatement penalty.

Both the estate and the IRS presented expert testimony at trial. The Tax Court rejected the proposed discount of the estate and accepted the discount percentage of the IRS expert. However, the two parties agreed to use the IRS mortality tables for the calculation.

The IRS claimed that there was retained possession under Section 2036(a)(1) and a power to alter under Section 2038. However, the court determined that there was a legitimate and significant nontax purpose for the split-dollar agreement because Mrs. Morrissette desired to keep Interstate in the family. She had a strong desire to maintain family control and to transition the management to grandsons Bud and J.D. Because there was a bona fide sale exception, the IRS claim for asset inclusion under Sections 2036 and 2038 was rejected.

The Tax Court also held that the CMM trust received adequate and full consideration under the repayment terms. In addition, the Section 2703(b) exception for a bona fide business arrangement was applicable. The business needed to maintain sufficient liquidity to continue operations.

The final question was a determination of fair market value. The Tax Court determined that the IRS mortality tables and the IRS proposed discount rates of 8.85% and 6.4% for the two principal insurers were applicable. It directed a valuation based on this methodology. In addition, the court determined that the CMM trust distributed $30 million to the split-dollar agreements and yet reported only $7.5 million in the estate. Because the three brothers should have known that the claimed value was unreasonable, the 40% misstatement of value penalty under Section 6662(a) was applicable.


The IRS has announced the Applicable Federal Rate (AFR) for May of 2021. The AFR under Section 7520 for the month of May is 1.2%. The rates for April of 1.0% or March of 0.8% also may be used. The highest AFR is beneficial for charitable deductions of remainder interests. The lowest AFR is best for lead trusts and life estate reserved agreements. With a gift annuity, if the annuitant desires greater tax-free payments the lowest AFR is preferable. During 2021, pooled income funds in existence less than three tax years must use a 2.2% deemed rate of return.

Let us help you with your gift plans